Six generations of families contributed to build Simón Coll day by day. From 1840 to the present day. More than 175 years of love for chocolate, research, effort and innovation. Without ever forgetting the roots and passion of those who founded the brand in Sant Sadurní d'Anoia, Barcelona, from where they continue to write history.

On the way to two centuries of history

Simón Mestres was the son of a family of winegrowers in Sant Sadurní d’Anoia.

While his brother was engaged in the continuation of the wine business, he started a new business a few portals in addition to the family home.

It opened an establishment for “foreign” products, such as cocoa and coffee.

Daily contact with cocoa brought him closer to making chocolate. With his hands he created chocolate formulas, which soon became the main attraction of Casa Simón’s customers.

The chocolate trade was passed from Simón to Miquel, who loved the trade and created, around 1880, the first envelope of the house of which he is known. We found the SIMÓN brand framed in the store today. It shows us three moments related to the three main raw materials involved in making traditional chocolate. The harvest of sugar in a cane plantation, the harvest of wheat that represents flour and, finally, cocoa sailing from one continent to another.

Although the Spanish Civil War has made it difficult in recent years, these three decades have meant a progressive industrialization of the production process. It all started in a space adjacent to the artisans’ workshop, where rectifying and refining machines were incorporated. Thus, a greater variety and quantity of products was started, with higher quality. It is from that moment that we can talk about the first Simón Coll chocolate factory. All this facilitated the expansion of the SIMÓN brand beyond the customers of the Sant Sadurní store.

Miquel Coll was a confectioner and also a chocolate maker. He had a passion for both activities and sought excellence in both. Miquel Coll chose to make quality chocolate, work with good ingredients and suitable machines to achieve a fine and characteristic texture. At this stage, the first communication and promotion actions in the media, radio advertisements, etc. began. During this stage, advertising has a wider geographic reach, throughout Spanish geography.

In 1972, Xavier Coll, son of Miquel and the fifth generation of the family, joined the management of the company and acquired the Chocolate Amatller brand, an emblematic brand in Barcelona. Amatller, created in 1797 by Gabriel Amatller, was a leader in Catalonia and throughout Spain, especially in the late 19th and early 20th centuries.

Amatller chocolate, the brand that Gabriel Amatller founded, some houses besides Santa Maria del Mar in Barcelona, ​​has been around for more than 220 years and has remained on the market without interruption since its inception.

It was a time of global turmoil, like the 73rd oil crisis and inflation. At the same time, competition from international brands that entered the Spanish market increased. In this difficult environment, Xavier decided to invest in innovation and product differentiation.

Thanks to the introduction of industrialization, Simón Coll was able to create differentiated products from the competition, on an industrial scale, maintaining his personality.

The commitment to internationalization, started the export activity in 1991. Today, exports represent 25% of the company’s sales, with the SimónColl and Amatller brands being exported to more than 30 countries worldwide. world.

In 2004 Maria Coll, daughter of Xavier Coll and the sixth generation of the family, joined the management of Simón Coll SA. Her dream is to build the Simón Coll brand of the future, highlighting the entire range of products with improved marketing.

Espai Xocolata Simón Coll opened its doors on October 4, 2012, after 8 years of project development. It was born with the desire to be a place to promote the brand, as well as the culture of cocoa and chocolate. 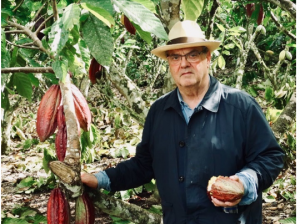 Xavier Coll designs a work methodology to identify the aromatic cocoa in the world, and to transform them in order to preserve as much as possible the primary aromas that give them personality.

He travels to areas of cocoa cultivation, such as Ghana, São Tomé, Ecuador, Peru, Honduras, and studies, together with farmers, the conditions and processes that originally influence the generation of primary aromas in cocoa, and then with the transformation into a chocolate bar at the Simón Coll factory.

In 2014, Casa Amatller, located on Passeig de Gràcia 41, in Barcelona, ​​opened its doors to visitors. The visit to Casa Amatller focuses on the main floor of the house, a project by Puig i Cadafalch, where the Amatllers lived. It is a place that has been perfectly preserved and restored where we can find notable works of art, such as sculptures by Eusebi Arnau.

In the same place where Simón founded his chocolate shop and shop in 1840, a refurbished and modern space is created, consisting of the old factory restored, modernized and in operation, a tasting room and a shop that also incorporates the marketing of chocolates artisans and limited edition chocolate bars created at the P&D 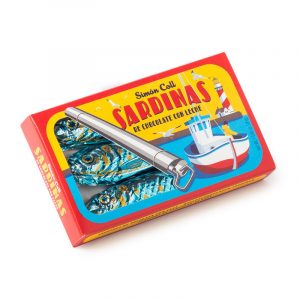