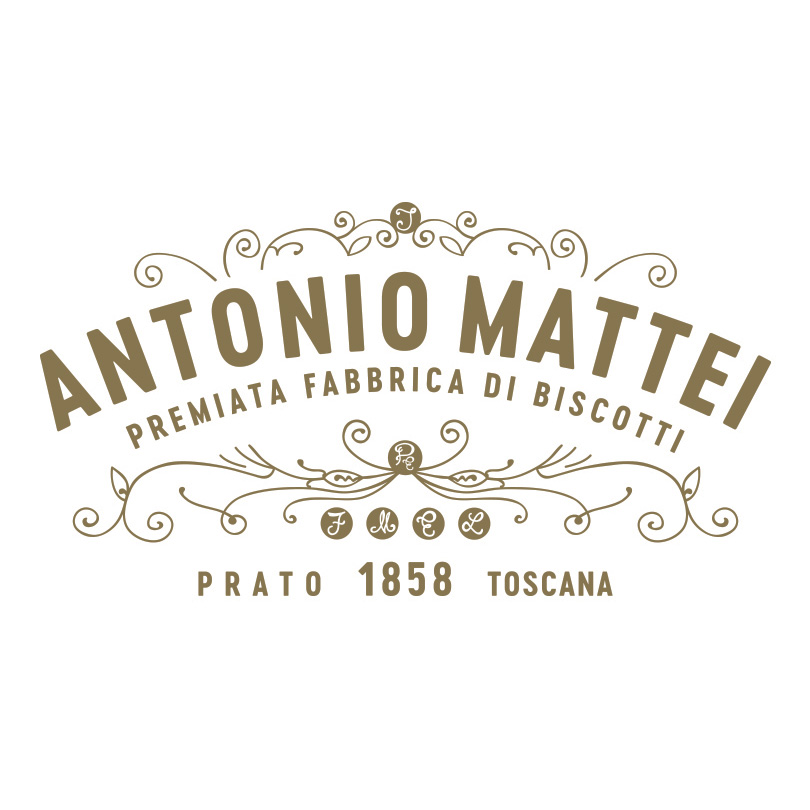 Over 150 years ago, at Via dell’Appianato, Antonio Mattei, a baker and pastry cook from Prato, opened his biscuit factory and store. Since your recipe for the Famous Cantuccini was created, any lunch was served without it around that countryside! Today, 4 generations later, biscuits are still made with traditional recipes and using the same artisan processing methods.

Cantucini or plate biscuit: the most typical biscuit of the Tuscan culinary tradition

Over 150 years ago, at Via dell’Appianato, today’s Via Ricasoli (the Risorgimento was in its early days, and Prato’s main streets and squares would have been named after Cavour, Garibaldi and Mazzini a few decades later), Antonio Mattei, a baker and pastry cook from Prato, opened his biscuit factory and store. Mattei was a craftsman of humble birth, but he played a leading role in the history of Italian cooking.

It all started with two nuns who, while walking to Rome, passed by Antonio’s village and being late and exhausted, he offered to welcome them at night. Grateful for Antonio’s kindness the nuns offered him a cake batter recipe that he brought it to a higher level of perfection and excellence and immediately sold it in his shop. This cake had met with such success that hardly any lunch was served without it around that countryside.

Mattei’s children had never been much interested in their father’s business, but among the apprentices working with him in factory there was one of proved talent and passion, Ernesto Pandolfini, an orphan an raised by his aunt Italia, took over Mattei’s business, in 1908. That is how the story of three generations of biscuit makers begins… Even today the Biscottificio of Antonio Mattei is owned by the Ernesto’s grandchildren, the fourth generation: Francesco, Marcella, Elisabetta and Letizia Pandolfini.
As has always been the case since 1858, the production is still done in the same laboratory, in the thirteenth-century family building in the historic center of Prato, with the same love and respect of exceptional quality raw materials and artisan methods: in addition to having kept the same processing methods, the cookies in the traditional blue bag, for example, are still closed and hand-tied one by one. 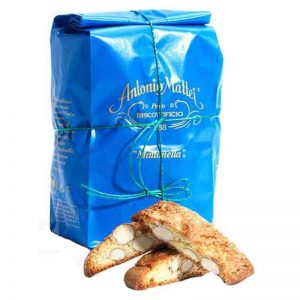 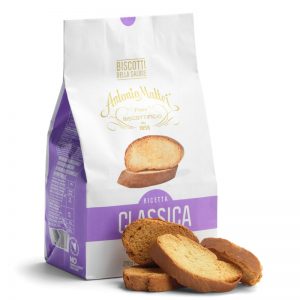